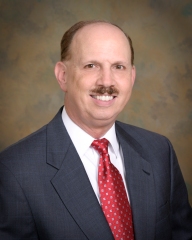 For the first time in four decades, a majority of Americans support the legalization of marijuana, according to a national survey conducted by Pew Research. The results from the survey, released on April 4, 2013, show fifty-two percent (52%) of adult Americans back making marijuana legal.

To read all of the poll results from Pew Research, click here.

According to the survey results, forty-eight percent (48%) of poll respondents said they have used marijuana at some point in their life. Younger Americans are more likely to support legalization than their elders. However, the poll does show legalization gaining support among all generations. According to the survey, fifty percent (50%) of baby boomers support legalized marijuana.

According to an article in the Los Angeles Times, there are two big opinion shifts Americans have gone through that have swayed their way of thinking. The first thought is most Americans no longer see marijuana as a gateway drug, and the second is most adults no longer see the use of marijuana as immoral.

In fact, according to the survey results, most respondents feel the federal government’s efforts to criminalize marijuana “cost more than they are worth.”

Currently, 24 states and the District of Columbia either have decriminalized personal use of medical marijuana, legalized it or allowed it to be used for medical purposes. These state laws clash with federal law that treats marijuana as a dangerous drug with no legitimate medical uses, according to the Los Angeles Times.

Click here to read the article from the Los Angeles Times.

According to an article in the Orlando Sentinel, Florida attorney John Morgan of Morgan & Morgan recently jumped behind an effort to legalized medical marijuana in Florida. Morgan’s reputation throughout the community and his personal story on why he is lobbying for medical marijuana has people listening.

The Health Law Firm routinely represents pharmacists, pharmacies, physicians, nurses and other health providers in investigations, regulatory matters, licensing issues, litigation, inspections and audits involving the DEA, Department of Health (DOH) and other law enforcement agencies. Its attorneys include those who are board certified by The Florida Bar in Health Law as well as licensed health professionals who are also attorneys.

Do you think marijuana should be legalized? Do you think Florida will legalize medical marijuana? Please leave any thoughtful comments below.

About the Author: George F. Indest III, J.D., M.P.A., LL.M., is Board Certified by The Florida Bar in Health Law. He is the President and Managing Partner of The Health Law Firm, which has a national practice. Its main office is in the Orlando, Florida, area. www.TheHealthLawFirm.com The Health Law Firm, 1101 Douglas Ave., Altamonte Springs, FL 32714, Phone: (407) 331-6620.

Posted in In the Know, In the News