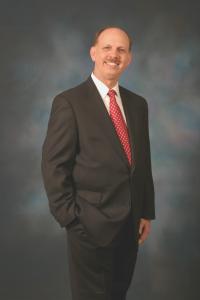 For Assisted Living Facilities (ALFs) in Florida, it’s time to do a little brushing up on your compliance material.

Beginning in January 2015, the Agency for Health Care Administration (AHCA), Office of Inspector General (OIG), Bureau of Medicaid Program Integrity (MPI), will conduct site visits to determine compliance with the Florida Medicaid Provider General Handbook and the Assistive Care Services Coverage and Limitations Handbook. This is just one of several initiatives aimed at ALFs to curtail fraud, waste, and abuse in the Florida Medicaid program.

The goal of a site visit is to determine if providers are rendering and documenting required services; to determine if assistive care services are being rendered by qualified and properly trained staff; to identify quality of care/environmental issues; and, to document and report ALF providers’ deficiencies to any managed care organizations with which the ALF is contracted.

According to the Florida Assisted Living Association (FALA), the majority of MPI sanctions concerning these fines are associated with the failure to have the following completed forms on file for each resident:

Knowing is Half the Battle.

This announcement shows that the government will continue rigorous and thorough enforcement efforts this year. ALFs should consider this a fair warning to get supporting documentation in order. If you’re worried your ALF may not be in compliance, we suggest getting a compliance assessment. If your ALF is being audited we always suggest contacting an experienced health law attorney immediately. For general tips on how to respond to a Medicaid audit, click here for a previous blog.

Did you know about these anti-fraud initiatives? Do you feel like your ALF is prepared for a site visit? Please leave any thoughtful comments below.

About the Author: George F. Indest III, J.D., M.P.A., LL.M., is Board Certified by The Florida Bar in Health Law. He is the President and Managing Partner of The Health Law Firm, which has a national practice. Its main office is in the Orlando, Florida, area. www.TheHealthLawFirm.com The Health Law Firm, 1101 Douglas Ave., Altamonte Springs, FL 32714, Phone: (407) 331-6620.

FACTS: The Agency for Health Care Administration (“AHCA”) denied Avalon Assisted Living III’s (“Avalon III”) application for licensure of an assisted living facility in Orlando. Avalon III challenged the denial, and the case was referred to DOAH for a formal hearing. During AHCA’s attempts to obtain discovery, two people closely associated with Avalon III (Mr. Robert Walker and Mrs. Chiqquittia Carter-Walker) invoked their Fifth Amendment privilege against selfincrimination in response to questions regarding the grounds stated by AHCA in its initial decision to deny the license. These areas of inquiry included alleged unlicensed activity, the ownership and control of Avalon III, and Avalon III’s lease on the facility sought to be licensed. Based on Avalon III’s failure to provide any relevant information during three discovery depositions, AHCA filed a Motion to Dismiss on September 16, 2013. In an Order issued on September 27, 2013, the ALJ stated that dismissal of Avalon III’s petition and denial of its licensure application would be an appropriate sanction. However, in an abundance of caution, the ALJ gave Avalon III one more chance to have the Walkers answer deposition questions without invoking the Fifth Amendment. Avalon III responded to the Order by filing a notice that the Walkers would answer deposition questions regarding ownership and the lease without invoking the Fifth Amendment. Conspicuously absent from the notice was any assurance the Walkers would answer questions about the alleged unlicensed activity.

Two related assisted living facilities (ALFs) based in Orlando won a case against the Agency for Health Care Administration (AHCA) on appeal. The First District Court of Appeal heard the case and filed an opinion in favor of the ALFs on November 30, 2011.

To view the opinion in this case, click here.

After conducting an investigation, AHCA filed a four count administrative complaint. The court of appeal dismissed AHCA’s conclusion that the first three counts were proven. The appeal court dismissed these counts because they consisted of uncorroborated hearsay.

The fourth count against the ALFs alleged that the ALFs’ owners/administrators operated a third Florida facility without obtaining a valid license or qualifying for a license exemption. The ALFs argued that AHCA failed to present any witness at the administrative hearing who had first-hand knowledge that the facility in question was providing personal services “for a period of 24 hours to one or more adults who are not relatives of the owner or administrator.” These are material elements of the statutory definition of assisted living facility that AHCA was required to prove.

AHCA Offered Testimony from the ALFs’ Employees at Administrative Hearing.

At the administrative hearing, AHCA offered testimony from an employee who worked at the third facility from 8:00 A.M. to 8:00 P.M. She testified that the facility had five or six residents when she worked there for six weeks in Summer 2009. She said that she never saw a resident leave the facility at the end of the day or arrive in the morning.

The First District Court of Appeal ruled that the ALJ improperly shifted the burden of proof to the ALFs. The burden was misplaced when the ALJ suggested that the ALFs should have provided proof that the residents were transported out of the facility during the night. According to the court of appeal, it was AHCA’s burden to establish that the facility was an unlicensed ALF. Furthermore, the court ruled that the testimony offered by AHCA did not foreclose the possibility that these residents were at the facility for periods less than 24 hours. Therefore, the court ruled that AHCA did not meet its burden of proof. The final order was reversed.

Currently, Florida law and regulations allow an assisted living facility (ALF) to relocate or terminate a resident for almost any reason. However, the administrator must provide a 45-day notice and document the reason for termination or relocation.

At least 45 days’ notice of relocation or termination of residency from the facility unless, for medical reasons, the resident is certified by a physician to require an emergency relocation to a facility providing a more skilled level of care or the resident engages in a pattern of conduct that is harmful or offensive to other residents. In the case of a resident who has been adjudicated mentally incapacitated, the guardian shall be given at least 45 days’ notice of a nonemergency relocation or residency termination. Reasons for relocation shall be set forth in writing. In order for a facility to terminate the residency of an individual without notice as provided herein, the facility shall show good cause in a court of competent jurisdiction.

A reason for termination or relocation can be as broad as “the patient isn’t happy here,” as long as a reason is given.

In Florida, assisted living facilities are licensed and regulated by the Agency for Health Care Administration (AHCA).

Although there have been consumer complaints and lobbying to change the law, at the present time the ALF is at liberty to do this. No hearing or other rights are required by law.